This is how Google motivates its employees 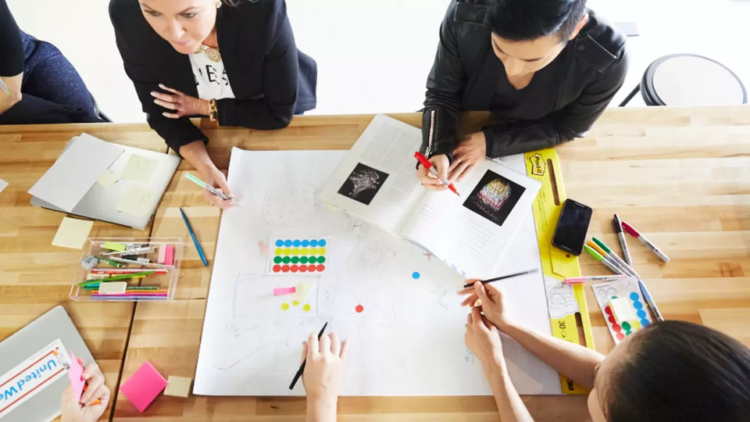 Google is consistently rated as being a top employer, and the culture it created helps to attract and retain top talent. The company optimizes its talent by designing and motivating strong teams—an ability that is essential to be successful, says Robert Bruce Shaw, author of Extreme Teams: Why Pixar, Netflix, Airbnb, and Other Cutting-Edge Companies Succeed Where Most Fail.

“There are commonalities across extreme teams, but the culture of each is unique,” says Shaw. “Google has created a culture that supports teams. You can try to apply what works for others and there are lessons to be learned, but there are a broader set of factors to consider.”

For example, Google is known for tough and thorough screening, says Shaw. “Everybody who is hired is highly qualified,” he says. “Fitting the culture is not a factor because candidates are screened for it. With high-caliber talent, culture fit can be taken for granted. If you have that, you can use their techniques. If you don’t, you have to be more deliberate.”

Google uses its own data analytics to study itself, and it shares its findings. The company succeeds due to a combination of hard and soft elements, says Shaw.

PSYCHOLOGICAL SAFETY
In a study of its teams, Google found that psychological safety—the ability to take risks without feeling insecure or embarrassed—explained why some teams outperformed others, says Amy Edmondson, author of The Fearless Organization: Creating Psychological Safety in the Workplace for Learning, Innovation, and Growth.

“What they discovered was that even the extremely smart, high-powered employees at Google needed a psychologically safe work environment to contribute their talents,” she says.

Google’s culture encourages asking questions and sharing information. To duplicate its success, create a team environment that invites and elicits contributions from all members, says Shaw.

“This can be done by going around the table and asking each member for his or her point of view on the decision being debated,” he says. “The best teams are those where everyone is engaged and contributing to the group’s performance.”

DEPENDABILITY
Team members must be able to count on each other to do high-quality work. Google’s culture includes training for teams and individuals. For example, its “G2G”—Googler-to-Googler—network includes more than 6,000 Google employees who volunteer time to helping their peers improve and learn.

“G2G members do one-on-one mentoring, coach teams on psychological safety, and teach courses in professional skills ranging from leadership to Python coding,” says Edmonson. “G2G helps develop the skills of countless employees at Google, while helping build a psychologically safe culture where everyone can be both a learner and a teacher.”

Google also allows employees to spend up to 20% of their working hours on developing their own innovative ideas, says Lucy Ford, professor of management at Saint Joseph’s University’s Haub School of Business.

“Many of the Google products that are integrated into our daily lives are the result of this 20% time,” she says. “What is critical is that employees are not required to spend 20% of their time on their own projects, but if they choose to, it is encouraged. In fact, the 20% is more of an idea than a reality, as Google employees work long and hard on their regular jobs.”

STRUCTURE AND CLARITY
A culture that values structure and clarity helps Google employees understand their goals, roles, and plans of execution. Teams are assembled according to individual strengths and chemistry. This is important for measuring the team’s success as well as each person’s role in achieving the group’s common goal, says Shaw.

“The research at Google stresses the need for team members with the social and emotional skills needed to work well together,” he says. “I view this as staffing teams with people who will ‘gel’ to produce something greater than they would if working alone.”

Transparency also contributes to clarity. In an interview with the Society for Human Resource Management, former Google senior vice president of people operations Laszlo Bock said, “[Transparency is] part of everything we do. For example, we give engineers access to almost our entire code base on day one. Google employees get to see the presentation that was given to the board of directors. Our belief is that if you have good people—and if you believe that people are fundamentally good—they’re going to make better decisions by being exposed to what is going on in the organization.”
Transparency, however, can be difficult in business, adds Brad Wolff, author of People Problems? How to Create People Solutions for a Competitive Advantage.

“Leaders have a lot at stake,” he says. “They have an image to uphold, and it’s hard to be transparent and authentic. Our society is about protecting yourself. At Google it’s embedded in their culture. We all have strengths and we all have weakness. There’s a willingness to admit imperfections.”

MEANING AND IMPACT
Google separates “meaning of work” and “impact of work” into two keys to building successful teams, but the two ideas work hand in hand, says Shaw. “Leaders need to foster a common purpose that guides and motivates the team members,” he says. “People want to work on something significant that makes a difference to their organization and society at large.”

Google publishes the core values that guide their engagement with each other and their customers and they revisit these values, tweaking when necessary, says Susan Kuczmarski, author of Lifting People Up: The Power of Recognition.

“An update or revisit is critically important to maintain the innovative culture,” she says. “It keeps what is shared and top-of-mind for all employees meaningful and actionable.”

Values and norms are the DNA of a culture, says Kuczmarski. “They tell employees what beliefs are to be shared and what behaviors are expected,” she says.

Employees must agree with the values to make it work, says Wolff. “Companies miss this all the time,” he says. “An alignment of values is important. It’s an important part of hiring and fit. You have to question people, not just on what’s important to them, but why it’s important.”