Obama Needs a Secretary of Innovation 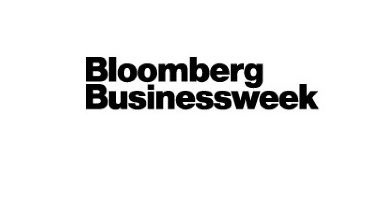 Obama Needs a Secretary of Innovation

We are experiencing more than an economic setback. In effect, it’s an economic reset. This requires a reexamination of government, too. As President Barack Obama begins the hard work of running his new Administration and the country, I suggest that he include a new position in his Cabinet designed to sharpen the focus on changes needed to stabilize and revive the nation’s economy—a Secretary ofInnovation.

I often debate with chief executives about the importance of hiring a chief innovation officer. They often don’t see the need. They argue that innovation is everybody’s job. Or they confuse it with research and development and say it already is being done. My point—and it applies to economic recovery as much as it does to product development—is that innovation is a multidisciplinary and disciplined process that needs to be managed and led. If everybody is in charge, then nobody is, and little gets accomplished, if anything at all. Or worse—and this may sound familiar to anyone who has followed Washington—there is a lot of action based only on guesswork, not on a careful exploration of what really is needed.

Now, in the midst of recession, companies need to innovate more than ever. Yet too many are choosing instead to hunker down, postpone investments in R&D, and avoid risk-taking until the market has stabilized. The companies that continue to build an innovation culture and make modest investments to keep the innovation pipeline full will be the ones that enjoy a big competitive advantage a few years from now.

But the overall health of innovation in the private sector is ailing, and a good push from Washington to help get it going again will be tantamount to our future economic success. A recovering economy does not come from “relief packages” but rather from the creation of businesses, products, and services that, in turn, create jobs and fuel growth.

The Secretary of Innovation should be responsible for two major tasks. The first is to lead a systematic national innovation process, bringing this powerful strategy to bear on the government’s role in unclenching the lockjaw of this economic crisis. The second is to create a national innovation mindset, reinvigorating innovation in the private sector.

Innovation is one of the most abused buzzwords of the past decade. It is a term with enormous appeal, suggesting (without having to deliver) breakthrough thinking and new ways of approaching problems. It implies action where, as we have seen time and again, none exists. How many times have you seen a reference in corporate advertising to “innovation” or heard an embattled CEO talk about his company’s innovations as if you could buy them by the dozen?

Innovation is not invention, nor is it the result of a eureka moment. The innovation process, properly done, begins with research to identify needs, wants, and problems and then addresses them in a way that draws upon many different disciplines and functions. Innovation breaks through a business-as-usual mindset, revealing an array of opportunities with a high probability of success.

The process of innovation can have just as much to do with rebuilding a devastated economy as it does with rebuilding a product line. It needs someone responsible for leveraging the talents, skills, technologies, and capabilities that we have as a country.

It is imperative that establishing the Secretary of Innovation not signal the start of a new bureaucracy. The model would be similar to the corporate CIO: the person responsible for assembling cross-functional teams in the search for breakthrough ideas so that innovation is seen as an organizationwide effort, not the product of yet another silo.

Problems in the economy are enormous. Obama and his team are thinking big as they attack economic and social ills. We are hearing about a huge economic stimulus package with public works and jobs components and ways of attacking health-care issues and taxation. We’d be better off if the new Administration employed a process that cuts across the sectors of government; by doing so, Washington could recognize that solutions to health-care and environmental issues would also solve many of the nation’s economic problems.

Consider the hastily assembled Toxic Asset Recovery Program (TARP). It was built upon the best guesses of experts. It was, in fact, an invention, not an innovation, put into place without a careful enough look at whether it would solve the problem it was intended to address. The skeptical reaction of Congress, the outpouring of alternatives, and the speed with which the original idea was abandoned (but not the money) are ample proof that a better approach was needed.

Beyond solving major problems within the public sector, the Secretary of Innovation would team up with the private sector to foster a national innovation mindset. The U.S. is, after all, an economy based on private enterprise. The day will come when the government backs off and business reasserts its leadership. With an innovation mindset, companies will be motivated to invest in technology, R&D, and new products and services.

To help shift this mindset, our government might create tax incentives or perhaps national incubators in a number of cities to encourage the efforts of entrepreneurs. It might involve a U.S. Innovation Award program to recognize and inspire innovation across all walks of life. The program would signal the power of innovation, with an impact similar to that of the Malcolm Baldridge National Quality Awards.

It is easy to talk about innovation in addressing the enormous challenges facing this nation. That is innovation as a buzzword. The Secretary of Innovation would help ensure that the full power of the innovation process will be used in the vital work of stabilizing the economy and for advancing innovation in the private sector.

Thomas D. Kuczmarski is founder and president of Kuczmarski & Associates, an innovation consultancy based in Chicago. The author of five books, Kuczmarski has also taught product and service innovation at Northwestern University’s Kellogg Graduate School of Management for 27 years.