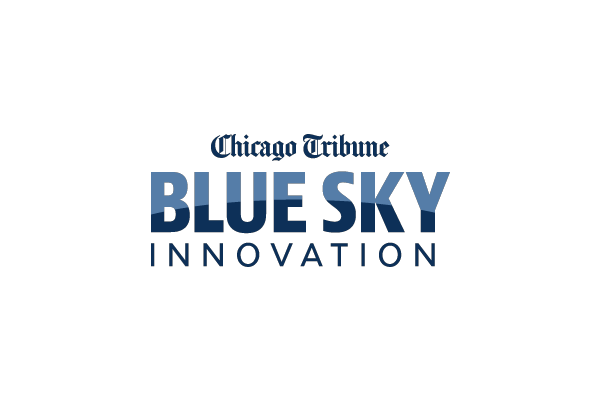 The Chicago Innovation Awards celebrated both established and rising companies Thursday at the Harris Theater with spectacle and applause for stories of striving and success.

Founders Tom Kuczmarski and Dan Miller dressed as Chewbacca and C-3PO. No pun was left unmade. “Rikki Don’t Lose that Number” was played.

Yet it’s a remarkable night of shine where the glamorous worlds of professional sports and entertainment (Chicago Bulls Bucket Boys, Joffrey Ballet) are merely supporting acts, albeit fantastic ones, to stars from the business side, be it fresh-faced founders or slightly more weathered serial entrepreneurs and executives.

Mayor Rahm Emanuel was there, as were Andrea Zopp of the Chicago Urban League, Kevin Willer of Chicago Ventures, Nancy Ruscheinski of Edelman, Jeff Semenchuk of Hyatt, Hedy Ratner of the Women’s Business Development Center and Sandee Kastrul of i.c.Stars.

Ed Wehmer of Wintrust joked about filling in for a Joffrey dancer; the performers’ physiques were a stark reminder that we are not all given the same gifts in life, and that nonetheless most of the audience probably spends too much time sitting behind desks.

Young companies making the stage included Dough, Packback, Shiftgig, Rise Interactive and many more, with some winning startup CEOs bringing their entire staffs onstage. (Not in evidence: George Lucas, and what with the “Star Wars” theme and all, I started to expect him.)

If there was a better Tweet from the event than this one by Dana Juhasz Ardell about LMK Technologies, whose business relates to sewage overflows, please let us know @chicagobluesky.

Elsewhere this week, John Carpenter reported that health-tech incubator Matter named its first 10 companies, and Kate MacArthur spoke to Todd Connor, whose veteran-focused incubator Bunker, in 1871, is already expanding to other cities. Bunker looks to have a distinct feeling about it: These founders are military veterans with an average age of 38 and run businesses that in many cases are already making money.

What does it take to recruit the best engineering and development talent? Some magical mix of meaning and money, reports Amina Elahi. Jonathan Pauli, a senior developer/ops engineer at ContextMedia, told her that he interviewed at places that showed off pool tables but offered him less than market rate. And if salary falls below a certain number, “you can’t maintain a certain lifestyle, eat healthily, or live in a certain area. If you can’t do those things, ultimately you have to keep looking.”

In national tech news, Apple’s Tim Cook announced that he’s gay; Chicago’s LGBT community applauded the news and the Twitterverse largely did, too. And the ink dried on two big deals with local implications: Zebra Technologies’ purchase of Motorola Solutions’ enterprise business and Lenovo’s acquisition of Motorola Mobility from Google.

With that a busy October races into the history books. Don’t get any snow on your Halloween costume. And enjoy your weekend.