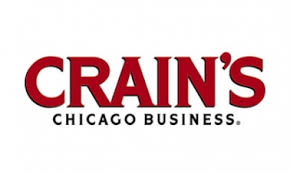 Born, raised and educated on the East Coast, Tom Kuczmarski arrived in Chicago with a two-years-and-out plan.

Since then he started an innovation consultancy, Kuczmarski & Associates, is in his 32nd year teaching at Northwestern University’s Kellogg School of Management, wrote six business books, raised a family, invested in big-draw Chicago restaurants such as Girl & the Goat and, most notably, co-founded and runs the annual Chicago Innovation Awards with Dan Miller.

Begun in 2001, the competition this year attracted 390 nominees and 1,400 attendees to the awards event.

If Chicago has an evangelist of innovation, it is Mr. Kuczmarski, 61.

A job in brand management at Quaker Oats Co. brought him to Chicago in 1976 and sparked the focus of his entire working life. In Chicago he introduced two products: a frozen crepe batter and crunchy granola bars. The batter failed; the granola bars became a whole snack category. That experience led him to think, and write, about how products are brought to market.

“Organizations that do innovation right understand consumers,” Mr. Kuczmarski says. “They study them and their behavior to better decipher their wants and needs.”

Beyond that, he says, businesses of any size must provide a culture where risk is supported and rewarded. He points to Google Inc. and IBM Corp., where innovative culture is palpable.

“Tom will tell you that innovation is not random; it’s a skill you learn and develop,” says John Berschied, former chief innovation officer at Alberto-Culver Co. and S.C. Johnson & Son Co. “He has a nice way of taking executives through the steps.”

Mr. Kuczmarski grew up in Springfield, Mass., an only child. His father was a chef, his mother a switchboard operator. The first in his family to go to college, he earned a bachelor’s in French literature from College of the Holy Cross in Worcester, Mass., in 1973. From there he completed a dual master’s degree at Columbia University, in business and in international affairs and public policy, in 1976.

His parents had no money for his education, so Mr. Kuczmarski paid his own way, taking out student loans and working in the college dining room all four years.

During graduate school he taught eighth-grade English and started a bartender service for private parties.

Wife Susan has co-authored two of his six books, including “Apples Are Square,” though Mr. Kuczmarski proudly points out that her parenting book, “The Sacred Flight of the Teenager,” has outsold all of his business titles combined. The couple live in Lincoln Park; they have three adult sons.

Mr. Kuczmarski is known for his stylish eyewear, his own barstool at Boka in Lincoln Park (marked by a plaque on the bar) and his ability to forge and share connections. “You could play six degrees of Kevin Bacon using Tom,” says Nancy Ruscheinski, chief innovation officer at Daniel J. Edelman Inc. in Chicago. “He’s masterful at connecting the dots and bringing people together.”